The Waynesville Recreation Center and Old Armory will be closed from 12:30 to 2:30 pm on January 30 for a department meeting.

The commission operated as a policy making commission from 1969 until 1971 when the State of North Carolina offically approved the Waynesville Recreation Commission as a non-policy making commission. The Advisory Commission meets the third Tuesday of each month at 5:30 pm at the Waynesville Recreation Center during the winter and at the Bi-Lo picnic shelter in spring, summer and fall. If you wish to contact any of the Advisory Commission members you may do so by sending a letter to:

Members are appointed by the Mayor and the Board of Aldermen of the Town of Waynesville and shall consist of ten (10) members:

Suggested duties shall be: advising with officials and leadership of recreation, assisting in furthering recreation programs, understanding all aspects of the programs, interpreting the program to the people of the town, offering suggestions and constructive criticism, promoting needs and achieving results, interpreting the wishes and desires of the citizens, and stimulating public involvement in decision making.

Sign up for the e-version of the monthly program guide by sending an email to rlangston@waynesvillenc.gov

,
Please click on the picture below to view this month's program guide! 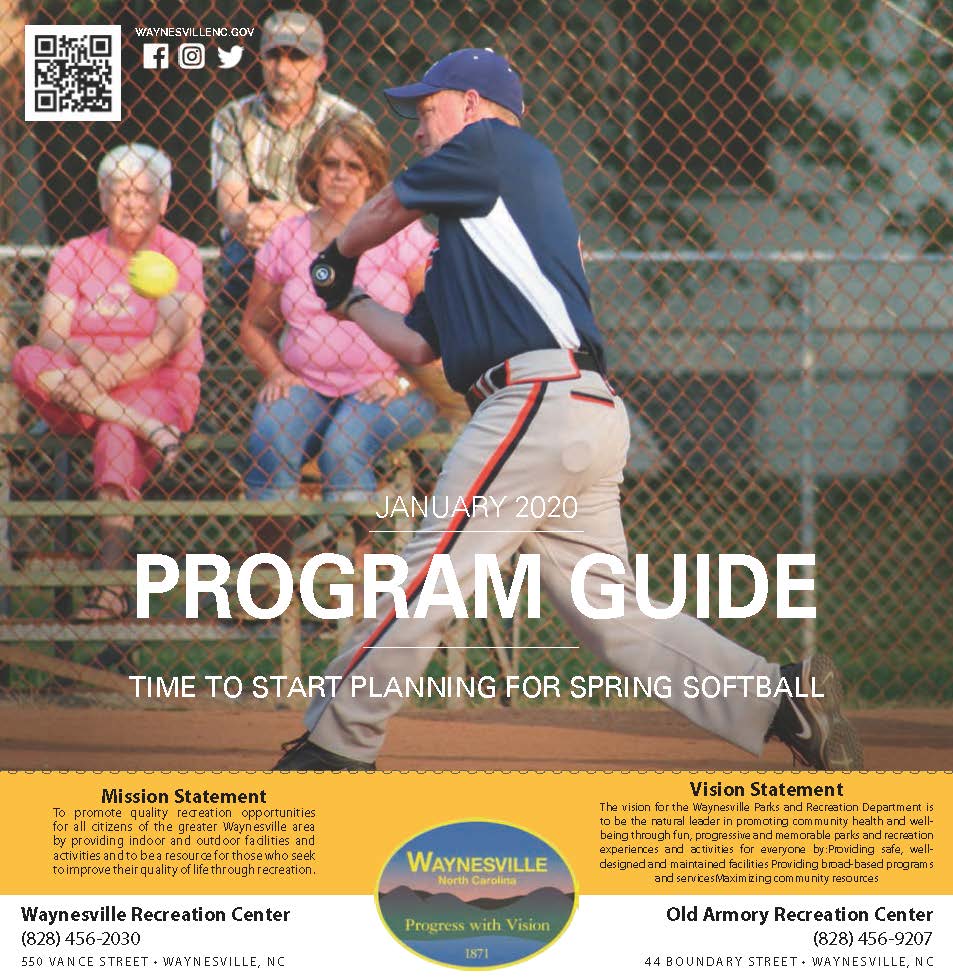